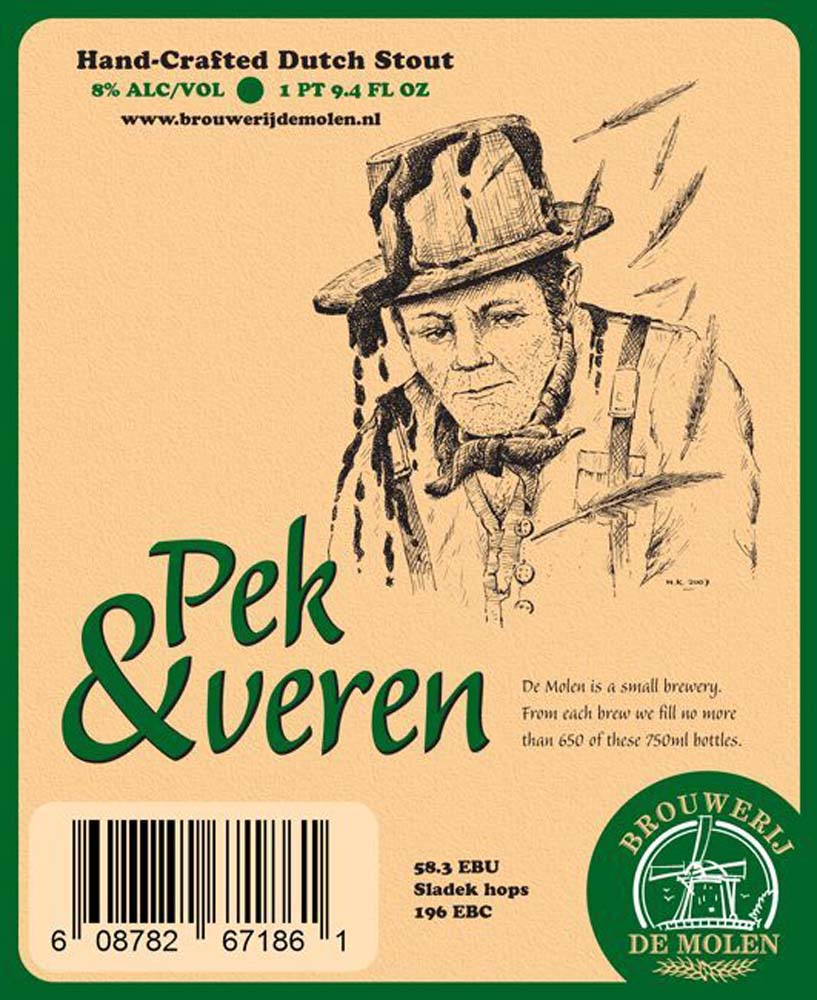 “In the old west it was custom to treat crooks, quacks and charlatans with tar and feathers. Then they were driven out of town backwards on their horse or donkey. At least, if you can believe the Lucky Luke comics. Did you know that Louis Pasteur in the beginning of his career was regularly accused of quackery? And now he is regarded as one of the main founders of microbiology. Brewers to this day still much profit from his findings. But we do not like pasteurizing like many large breweries do because that kills the beer. Our Pek & Veren is a beer that is similar to a solid doppelbock with smoke flavour.”