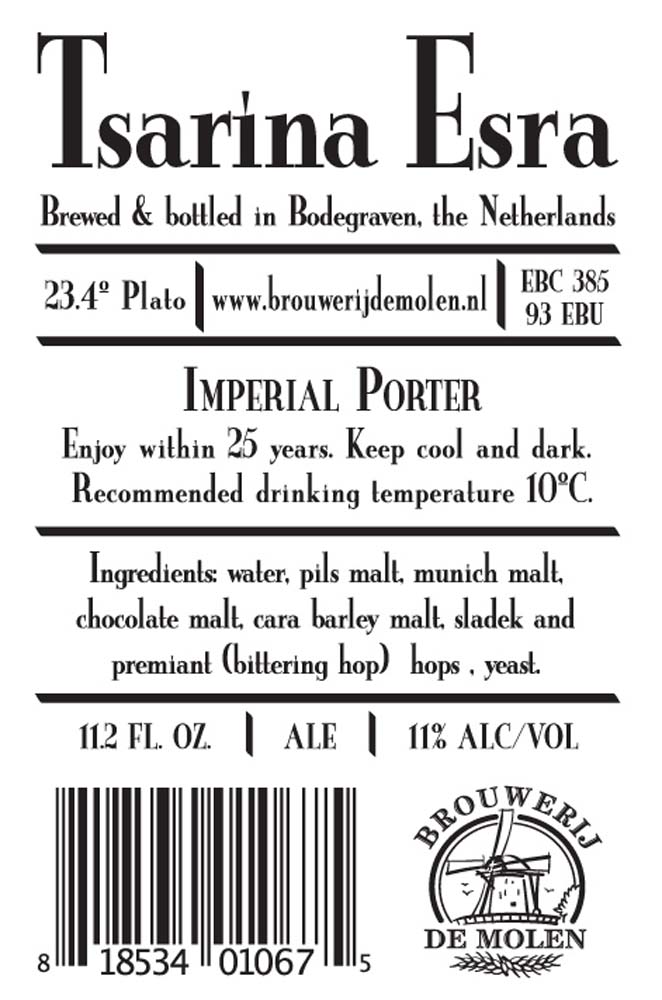 “Imperial Porter is a rather recent style that arose simultaneously in both Europe and North America. In fact it’s a stronger version of the Baltic Porters that were brewed in England for export to the Baltic countries. And Baltic Porters are in fact  stronger than the regular English Porter. To but it in short: it’s more of more. But they cannot be compared to their brothers the Imperial Stouts. They certainly have the same malty character but the heavy roasted malt is absent.”