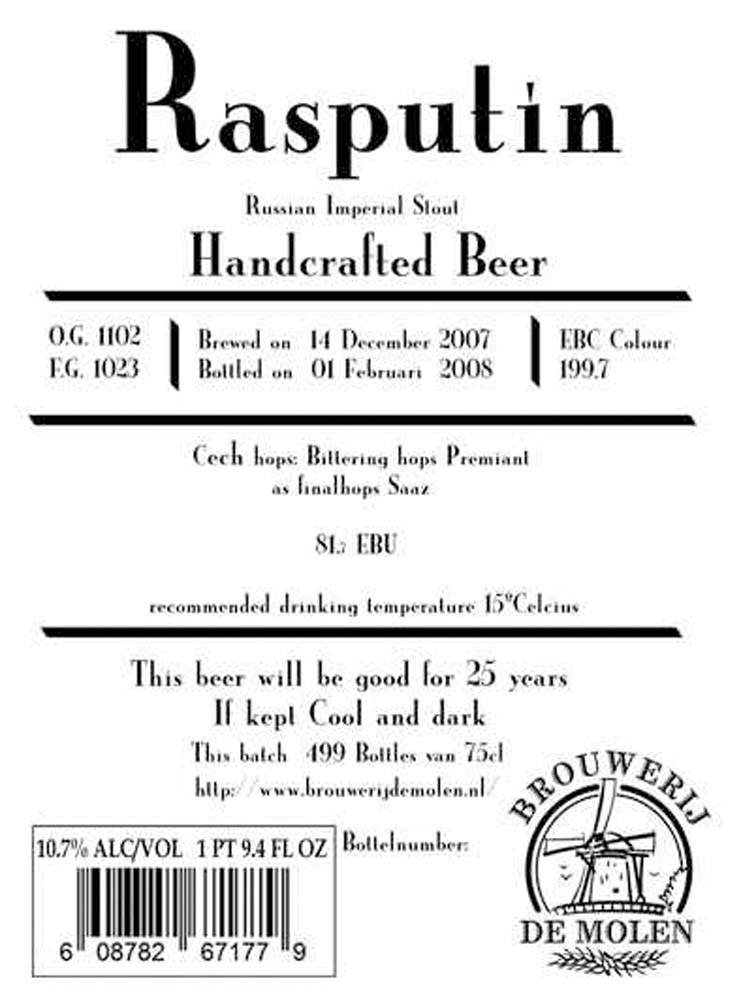 “From Russia with love!

Our first Imperial Russian Stout is named after probably the most famous Russian of the Romanov court. We believe he was personally responsible for the fact that during the rule of Tsar Nicholas II and Tsarina Alexandra this style was born. So this is why we dedicated this beer to Rasputin. It’s brewed only once or twice each year in a limited edition…