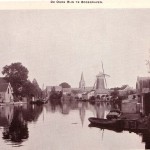 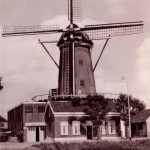 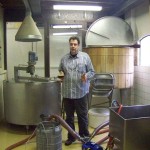 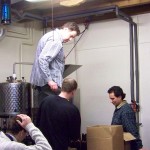 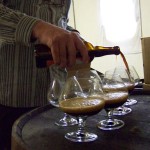 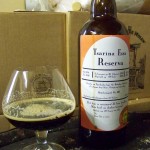 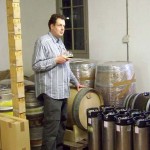 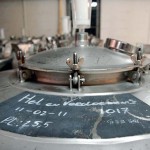 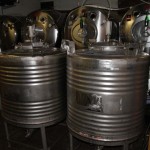 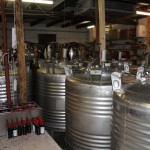 Brewer Menno Olivier brings 12 years of experience to his Brouwerij De Molen, which translates to “The Mill Brewery” as the operation is located in a 300-year-old windmill. He began brewing in his kitchen as a hobby, went on to brew in Westmaas and Amsterdam, and then served as master brewer of De Pelgrim, a Rotterdam city brewery. It was during his time as master brewer that he decided to open a brewery of his own, so he created De Molen in the town of Bodegraven, about 30 km north of Rotterdam.

His stainless steel plant has a capacity of 500 liters and he brews in very limited quantities, only about 5 hl per year (the same output as some home-brewers!). De Molen’s boilers are borrowed from the Dutch dairy industry. Olivier came up with the clever idea of recycling and adapting this machinery for his brewery after realizing that dairy processors require a sterilizing boil to kill off harmful bacteria much like the boil brewers perform to kill off infection-causing bacteria in their beer. Olivier’s innovative dairy boilers keep De Molen’s beer fresh.

Olivier’s focus is on preserving beer culture and promoting a return to local traditions and products. His beers reflect this commitment in their classic, historic styles and carefully chosen ingredients. 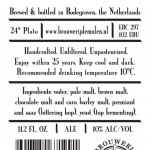 Hel & Verdoemenis translates to English as Hell & Damnation From the brewery: “Brewed with brown malts, an English traditional specialty malt, we created an Imperial Russian Stout that has won prizes at festivals across Europe from Sweden to Italy. It’s big (10% ABV), black, roasted…