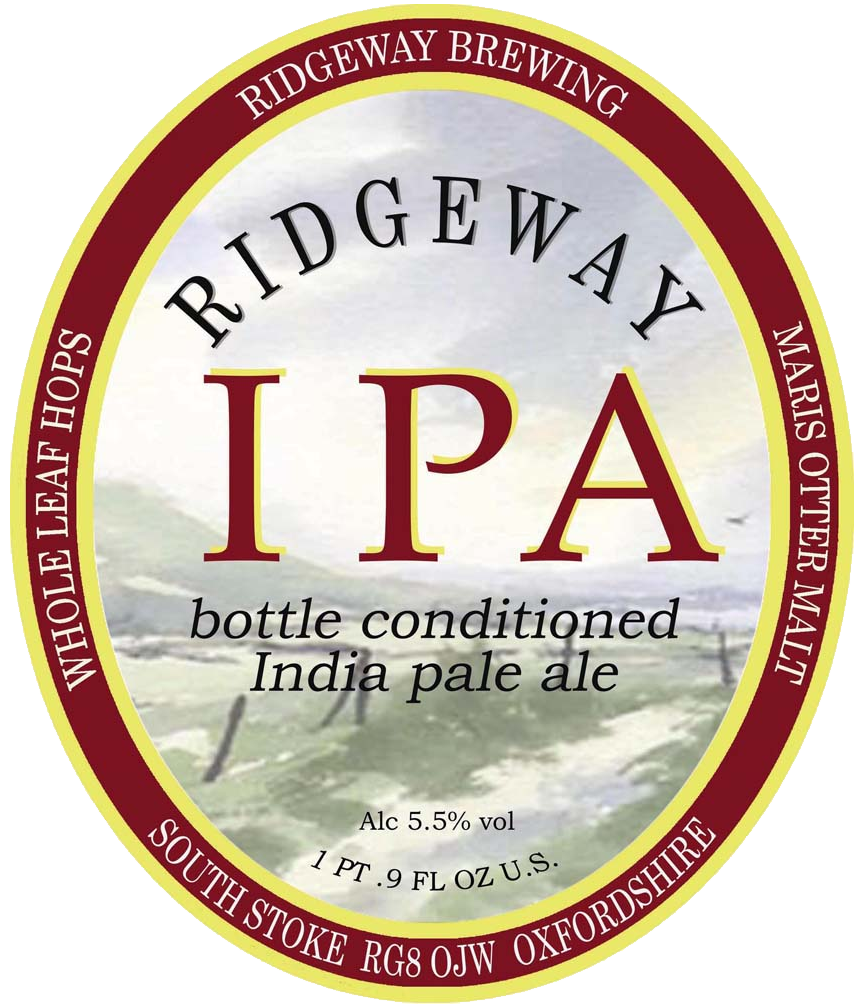 Like the original India Pale Ales, which were first brewed for travel from England to the Indian colonies (but somehow, after years of aimless wandering, got diverted from there and ended up in the New World, where they filled out considerably and eventually grew to become the defining style of the American craft beer revolution), this Ridgeway I.P.A. has come to us in a very round-about way. As you might expect, it is hardy and a bit rough around the edges, but at its core is well-traveled, literate, and highly sophisticated – the model for the next wave of real I.P.A.’s from the United Kingdom.

First commissioned to serve as ‘Bad Elf’ in the American theater, around Christmastime, 2003, this brew was meant to be strong and malty, in the mold of Young’s Special London Ale, but with an assertive bitterness thrown in as a present to hop-loving Americans. That’s where the famous Cascades came in. This ‘Bad Elf’ was greeted warmly, but even though there was only a touch of relatively reserved English-grown Cascades in the hop recipe, the most devoted proponents of the beer had to admit that it was a bit young and brash – rather harshly so at times. Thus it was that, for Christmas 2004, the malt was knocked up a notch or two, and the hopping ratcheted down. And what a beer this one became: bright, golden, and playful on the tongue, with rich wholesome, English malt, so fresh it seems to have been harvested yesterday, balanced by a keen bitterness as well as the spicy herbal and floral accents that a superior brewer can coax from whole hop petals. It is also intriguingly complex, with the earthy, slightly funky nuances that can only come from an original Old World multi-strained yeast, live in the bottle.

It quickly became clear that this masterful beer was at heart an I.P.A., destined for year-round duty. And so it shipped out again to the Colonies in the Spring of 2005, this time bearing the name of Ridgeway Brewing – England’s premier brewer of tasteful bottle-conditioned ales. The good news: It’s not just for Christmas anymore.

You may circle the globe for an eternity, but you’ll find no better.