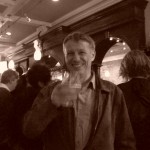 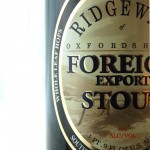 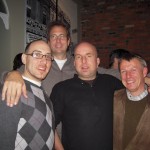 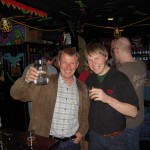 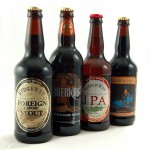 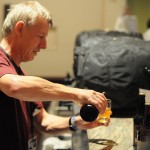 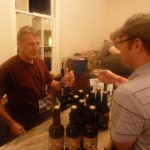 The story of Ridgeway starts with the end of another story. It’s a sad tale, the closing of the venerable Brakspear brewery in Henley-on-Thames, where the most famous and surely the best bitter in England had been made for centuries. The brewery, in operation since 1779, was sold off in 2002 in parts to make room for an upscale hotel, and everyone who worked there was let go. For beer lovers, the closing was not a complete disaster. Thankfully, Brakspear’s master brewer, Peter Scholey, was determined to strike out on his own. He set up shop as Ridgeway Brewing, not far from Henley, and has been putting out beers so good they could almost make you forget Brakspear altogether.

The brewery is named for the ancient road, called the Ridgeway. It is passable now only on foot and meanders along a low escarpment across the high, rolling pastoral plain that is the southwest of England. The now-patchy stone surface of the Ridgeway was laid by Britain’s oldest inhabitants, Druids and the like, thousands of years before the Romans turned up to build their own roads. It is the oldest road in Europe, running nearly 100 miles, past that other ancient landmark, Stonehenge, as well as Scholey’s relatively modern home, along the way. 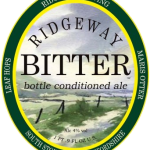 This classic English Bitter was the first beer to bear the name Ridgeway, and it is a proud flagship indeed: a perfect example of what the Brits call a ‘session ale’ – the kind of beer you can sit with and enjoy endlessly as the…