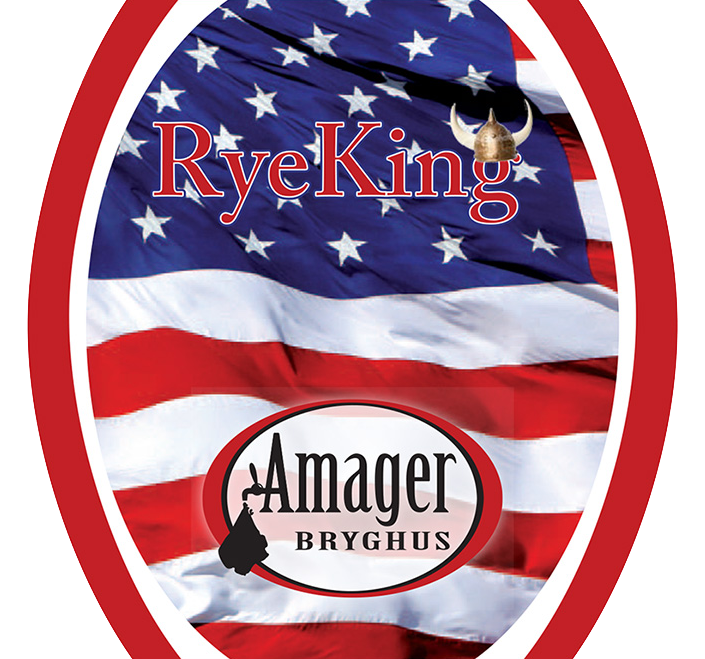 “Back in May 2010 we had here at Amager Bryghus a visit from a man who at first glance might look like Frank Zappa’s grandson – or perhaps an unknown little brother of Snoop Dogg. But the name was neither Zappa nor Dogg but Laffler. Mr. John Laffler from Chicago, Illinois. John was then in charge of the barrel barrel program at the famous Goose Island Brewery, and contact with him arose earlier in the year at the World Beer Cup in Chicago. At that time we asked John if he would want to brew beer on Amager, which after all is Denmark’s answer to Chicago! Oh, well almost…

John was given a completely free hand, and came up with something as rare as a lightly smoked rye stout, thereby RyeKing was born. An entire 22% of the malt comes from rye and RyeKing has an amazing resilience without ever being heavy, while the smoke is never deafening, just adding a small piquant touch. John has since move on to establish his own enterprise Off Color Brewing and we wish him the best of luck with his future endeavors.”