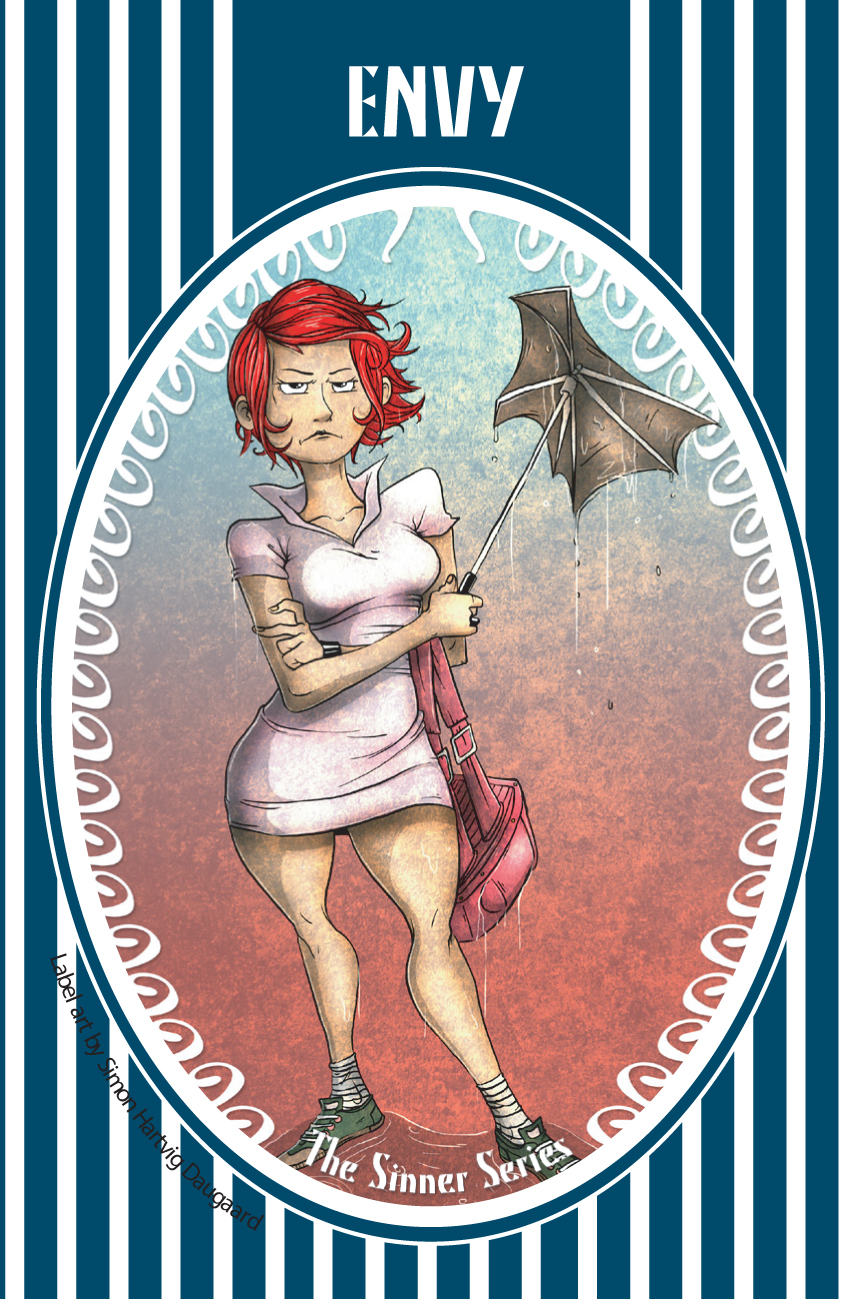 “Cain is said to have murdered his brother out of envy. At Amager Bryghus we believe that murder is taking things a bit far. However, we admit to being envious because we weren’t the first brewer to come up with the beer style we admire the most: a crisp and hopped up West Coast IPA. We won’t kill anybody because we didn’t come up with the idea first, instead we present to you “Envy” – our take on this style. Humble – yet envious.

We’re not proud to be sinners, but at least we’re open about it…”