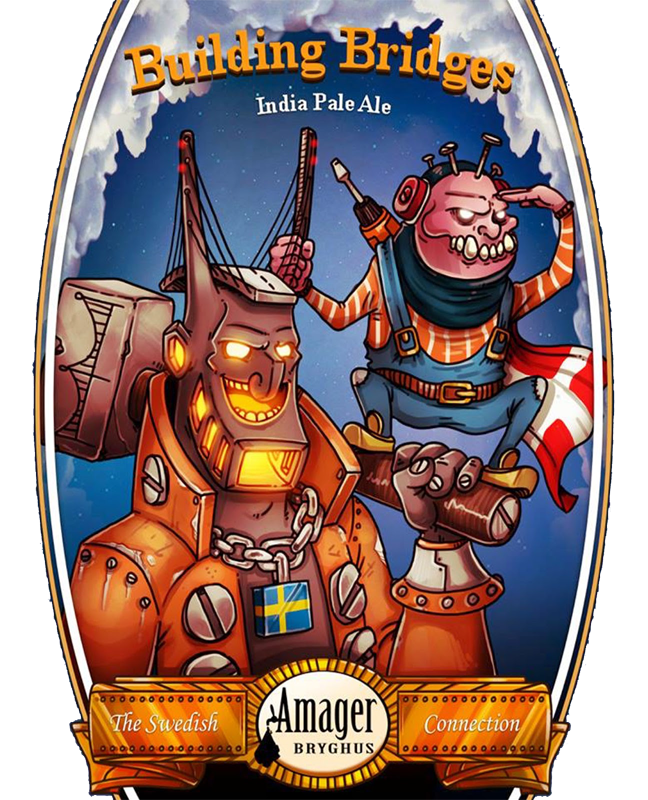 “The first incarnation of this beer was brewed on the crispest possible winter’s day in January. This sun was high in a cloudless sky, and the snow a white blanket on the frozen landscape. The scene was Oppigårds Bryggeri in the little village of Ingvallsbenning in Dalarna in Mid-Sweden, which was where Amager Bryghus had decided to have their somewhat belated Christmas party. Our five-man delegation was already in a party mood when we arrived from the outskirts of Tårnby, but soon we focused entirely on the beer. Just like Amager Bryghus, Oppigårds have a predilection for good and fresh American aroma hops, so we simply followed the laws of nature and made our collaboration beer a so-called West Coast IPA. Thanks for the invitation, Oppigårds, and for building bridges between Swedish and Danish brew craftsmanship. And may we take this opportunity to once more offer our apologies. For everything.”