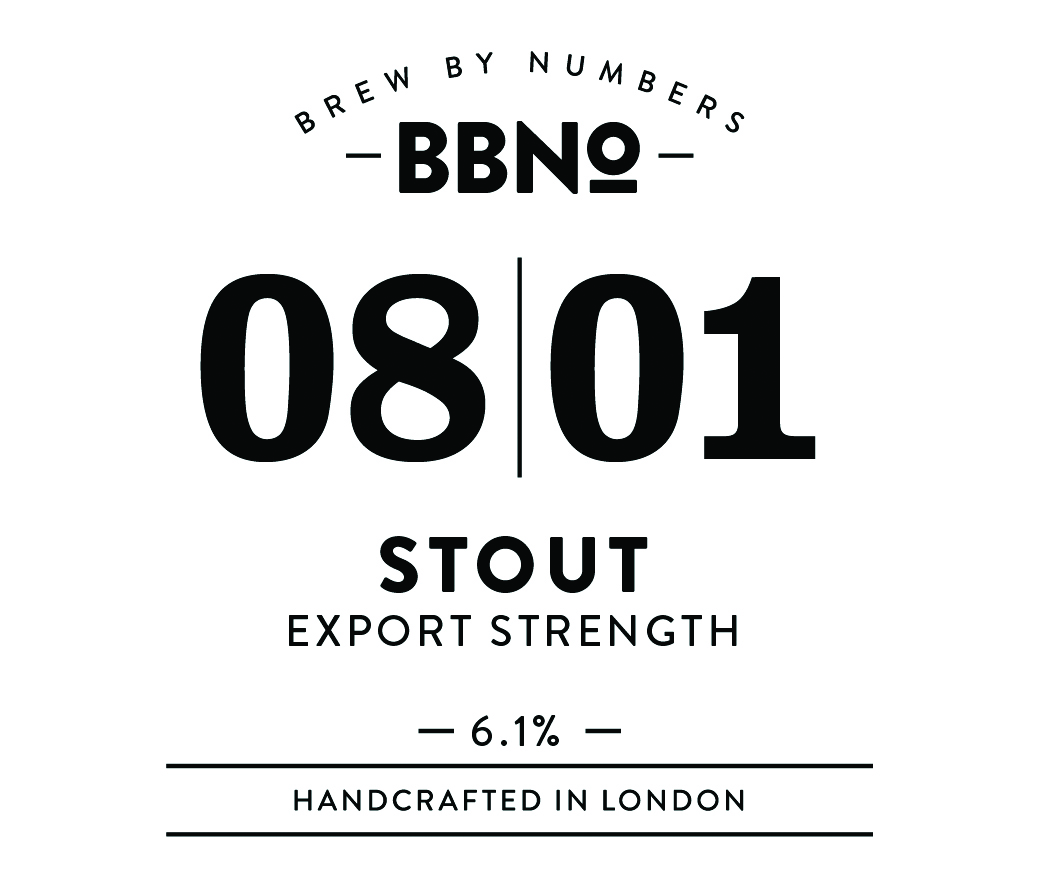 08|01 EXPORT STRENGTH STOUT  –  Dark, rich and full bodied.  We brew our export stout with three roasted grains for a deep and complex flavour.”