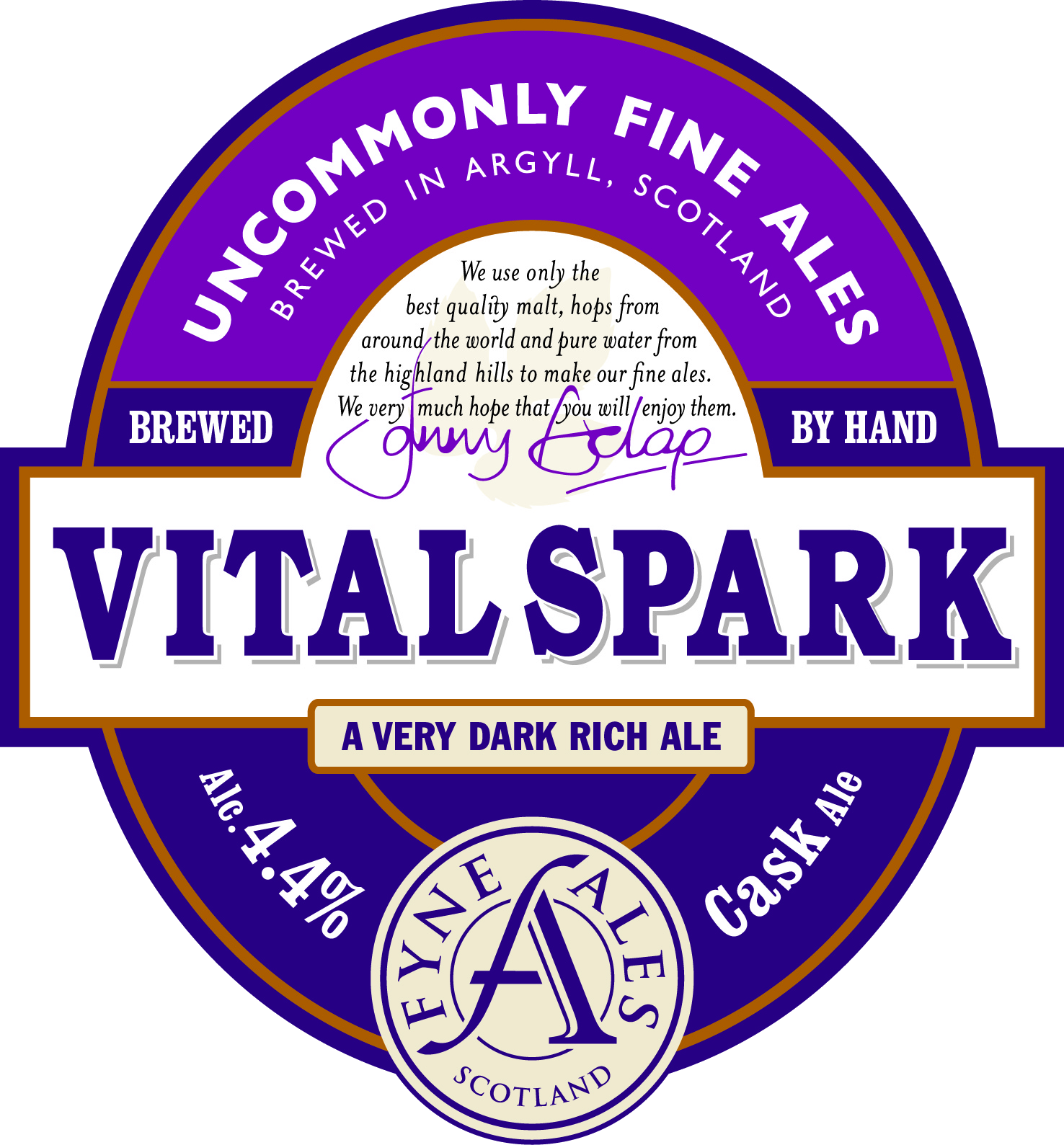 “Vital Spark is a beer that is hard to categorize, occupying a space between stouts, porters and milds, but it’s unique character has created a loyal following, including among many of the top beer writers and judges. Starting with hops on the nose then giving away to rich, dark malt flavours, this deep red ale is full of roast barley in the grist and well hopped with Amarillo and Cascade hops to give a unique and delicious flavour.

Vital Spark is named after a fictional Clyde steamer boat that was captained by Para Handy in the humorous short stories written by Neil Munro in the early 1900s. The stories documented the life of the Vital Spark and its crew as the ship serviced the Argyll area in the early 20th century.” 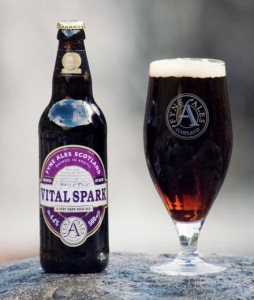