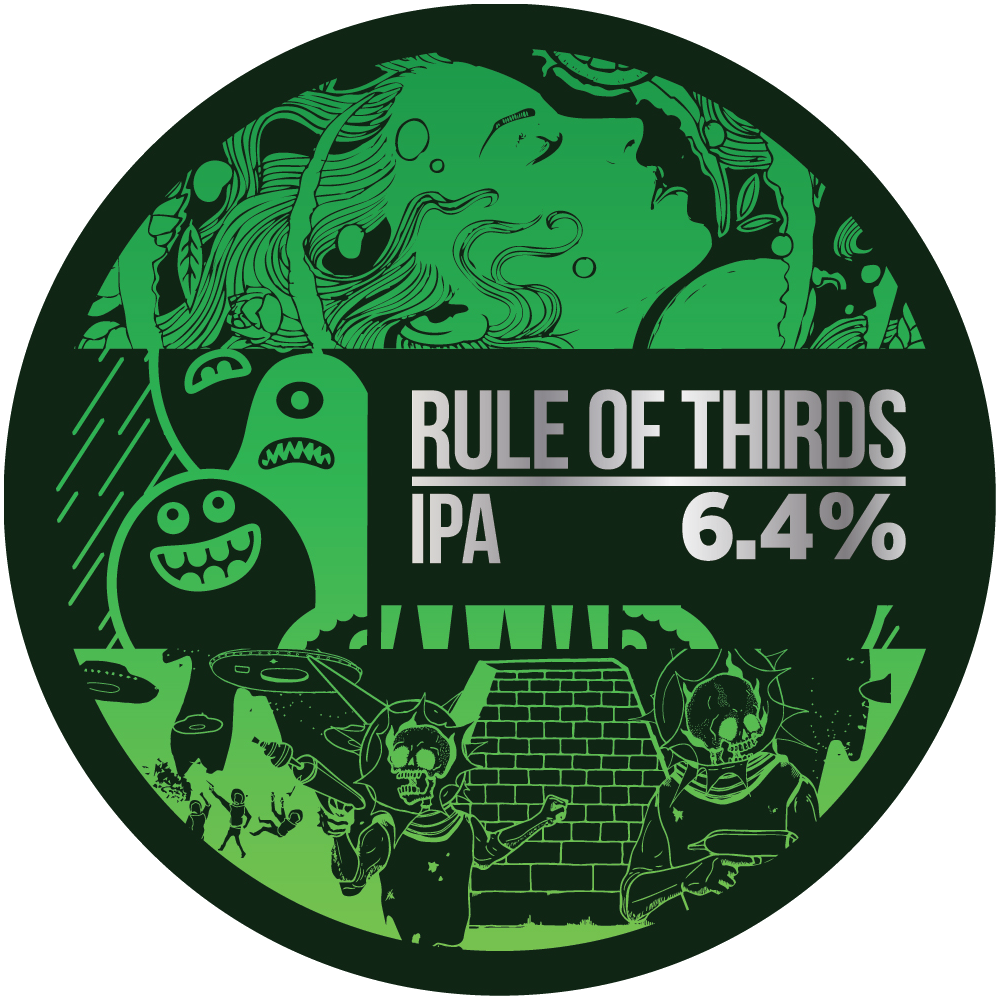 “Half Sound Wave, Half Cannonball, Half Gamma Ray. Take flagship IPA’s from Siren, Magic Rock, Beavertown and combine them to create something entirely new yet distinctively similar. That’s the goal with Rule Of Thirds, each of the deliciously defining features to flow seamlessly from one to another.

Three breweries, one beer. The Rule Of Thirds.”