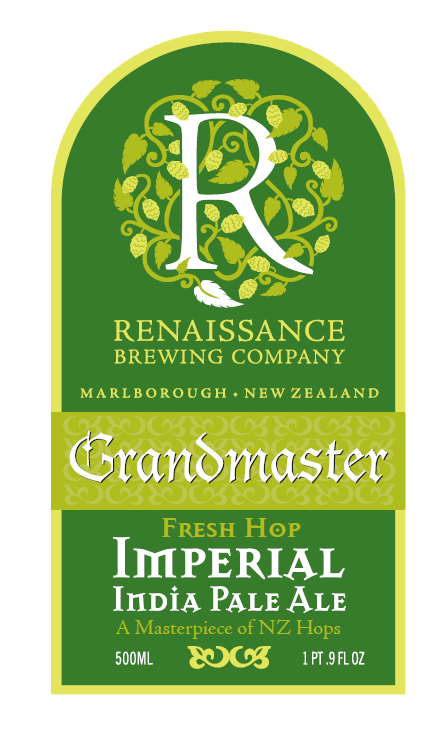 “Somewhere between a Barley Wine and an American Double IPA, MPA has been seasonal Ale for Renaissance for years now. So we thought we would tweak it…

To brew this special Ale we have used large amounts of freshly harvested hops, and for that we have selected one of New Zealand sexiest hop varieties, Wai-Iti. We drove over to Motueka early one March morning and got the hops fresh off the vines, then drove back to Blenheim and brewed with them in the afternoon.

Wai-Iti is part of NZ ‘Hops with a difference’ breeding program Wai-Iti bursts with mandarin and lime zest and leaves the ale with a smooth finish. The huge soft bitterness is balanced by the malt sweetness of the base beer yielding a very drinkable heavy ale.”