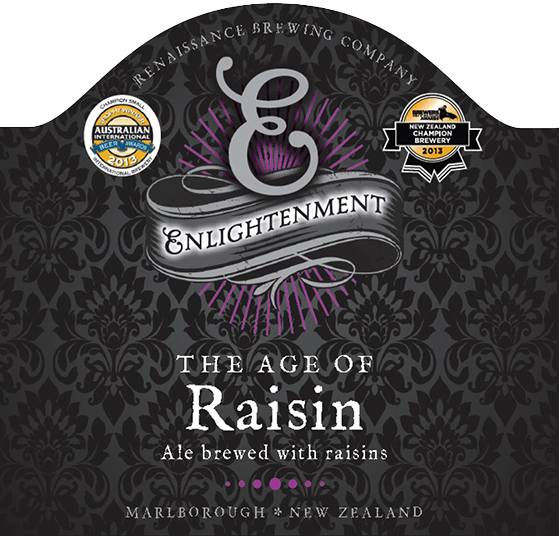 Renaissance The Age of Raisin

“Enlightenment is Renaissance’s experimental series.  This one is based on a Belgian brown ale, with jumbo raisins from California added  both before and after fermentation. They used Aromatic malt from Gladfield in Canterbury and Abbey Malt, Belgian Special B, as well as CaraBelge malt from Europe.  It was fermented with a special Belgian yeast to impart spicy notes and then filtered and infused with even more raisins.  The resulting beer yields aromas of clove, allspice and raisin, with malt undertones.  The deep copper beer has a complex, spicy – malty flavor with notes of biscuit, toast, raisin, allspice, and caramel with a lingering spicy hop finish.”