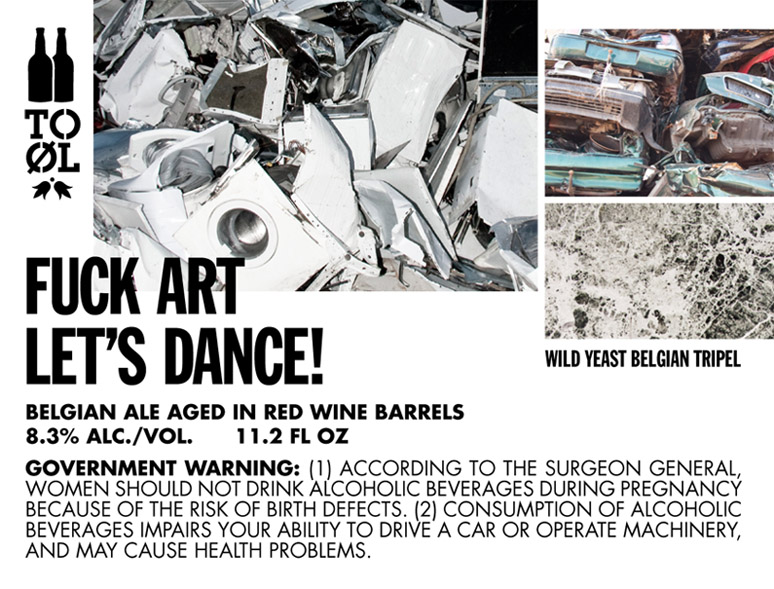 It began when we were doing labels for Fuck Art Let’s Dance. We told the Shelton Brothers that we were doing the series and presented a label to them with a big fat ugly looking hamburger on it. They replied fast, that they of course supported the idea, but didn’t think the group who approves all labels in the US would approve the word “Fuck” on a label. We told them that we could at least try, so they sent it in. After a month it was returned and they were told that the label had indeed been rejected, but not for the reason they thought (not because of the word “Fuck”), but because the label had a hamburger on it, and people might therefore assume that there were hamburgers in the beer. 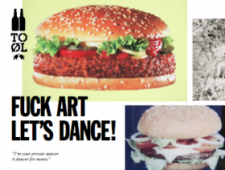 Oh yes… They got us. To Øl finally found a way to make dining during sport events super efficient – combining Beer and Burger in the same bottle!

We changed the label to pure scrap metal instead of burgers and they were game!

Since that, the beer has experienced blockades by hipster initiatives all over the world who fear that people might stop taking themselves so serious and start to relax and maybe dance a bit instead. Luckily the beer survived this as well.