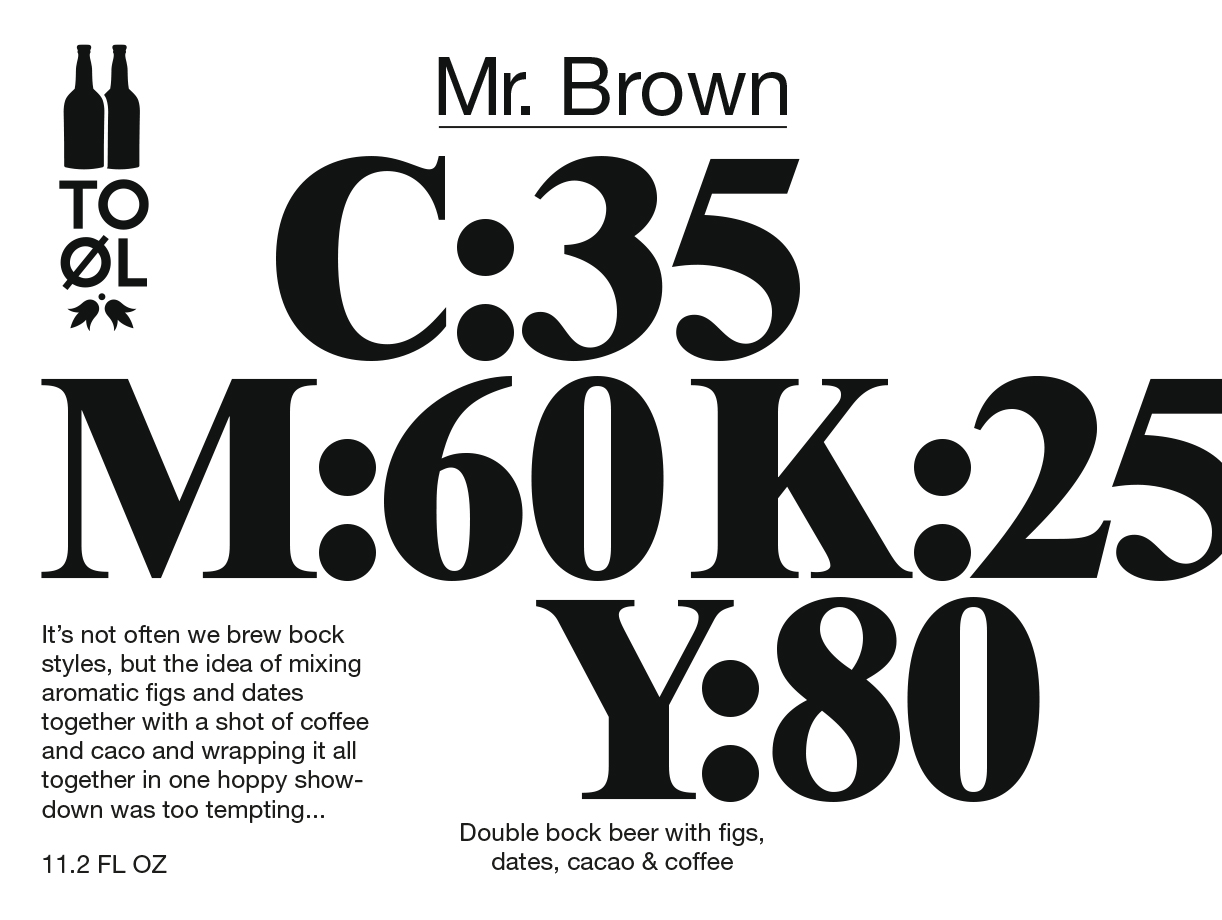 “It’s not often we brew bock styles, but the idea of mixing aromatic figs and dates together with a shot of coffee and cacao and wrapping it all together in one hoppy showdown was too tempting.

Kasper Ledet on the design of the Mr.-series:  This series of beers is inspired by the Quentin Tarantino directed film Reservoir Dogs. The beers are named after the main characters in the film. The colours in the names then inspired the ingredients in the beers. For the labels all aesthetic references to the film (which is really good btw) was abandoned in favour of a reference to the colours themself. Each label features the CMYK values of the colour in it’s name. CMYK is an abbreviation for cyan, magenta, yellow and key (black). It is the standard colour system for offset printing which is the most common way of mass producing printed matter. The display of the CMYK values is not only a reference to printing but also to graphic design and the act of designing. It is an almost Brecht like self referentiality that should highlight the fact that what you are looking at is just a construction. It is a construction designed and produced by people and should therefore not be attributed any nostalgic, metaphysical or magical values as some people has a tendency to do when it comes to design or art. It is just ink on paper and beer in a bottle.”