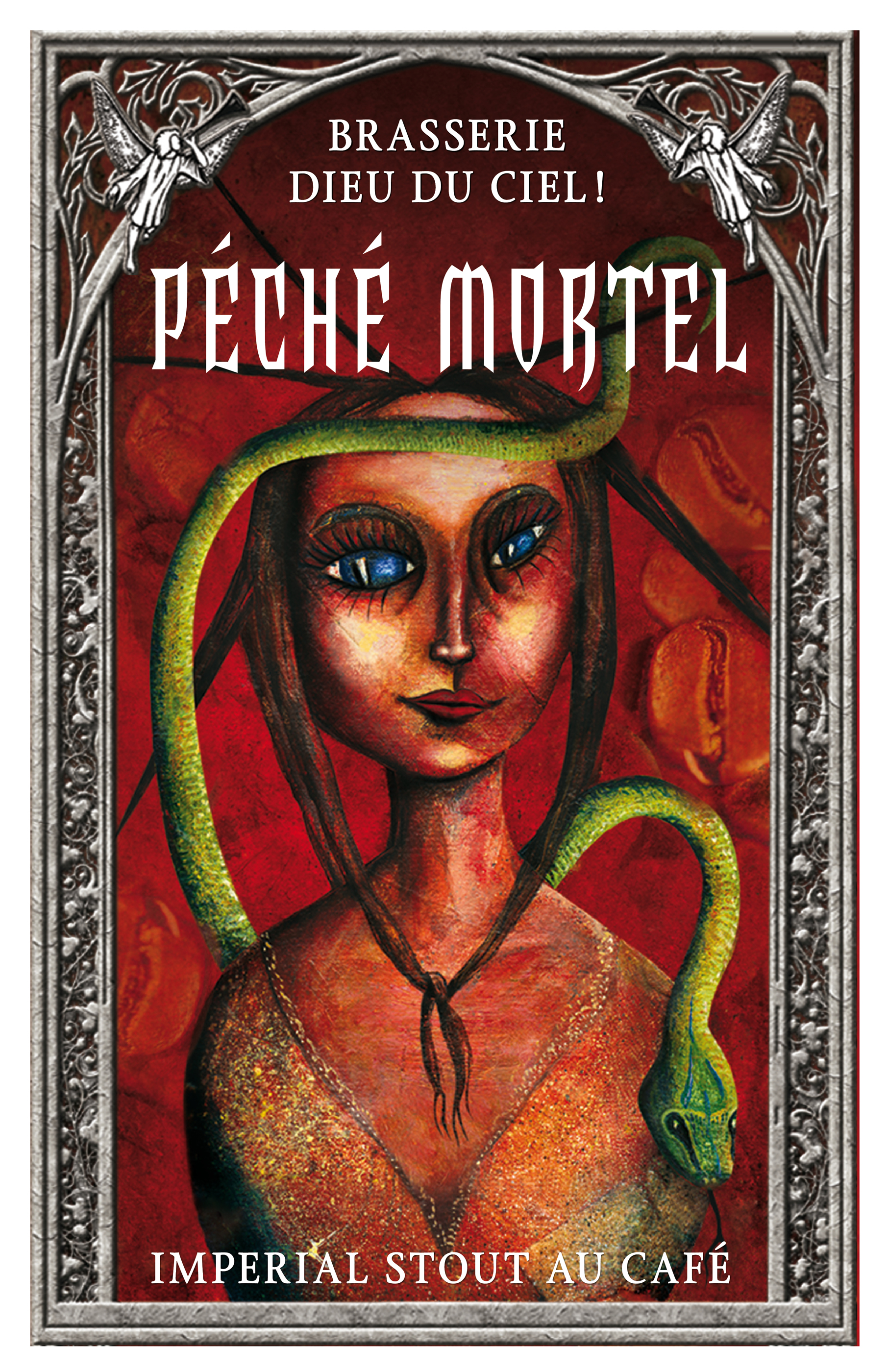 If you love really good coffee and really good beer equally, you will be thrilled with Péché Mortel. If coffee isn’t your cup of tea, and caffeine makes you bounce off the ceiling, then just put the bottle down and find something else to drink. This beer is all about coffee. Indeed, you may have seen ‘coffee stouts’ before, but no brewer has ever married coffee and beer so naturally and seamlessly.

And this isn’t just any stout, but an imperial stout, which means that it is modeled on the strong, rich, and very complex stouts that were made in England in the 19th and early 20th centuries exclusively for shipment to Russia, where they were a special favorite at the court of the Czars.

A warning: Between the caffeine buzz, and the 9.5% alcohol by volume of this singular brew, you may find yourself a little disoriented. What is this, a morning pick-me-up and a drowsy night-cap, all in the same bottle? It’s just too much pleasure all at once, and that’s why the brewers named it Péché Mortel, which is French for ‘Mortal Sin.’ Unfortunately, we can’t say that it’s good for you. In fact, it’s a sure thing you’re going to Hell for this . . .

In Montréal, where this beer is made, they like a little sin now and then. A great big Mortal Sin is even better. The tiny ‘Dieu du Ciel!’ brew-pub, just at the edge of the city center, has developed an incredible reputation and a devoted following in only a few short years. The young brewer, Jean-François, has never had any formal training as a brewer, but he is a natural, with superb skills and flawless instincts. This Imperial Coffee Stout is the first beer he’s put in bottles, and the first to arrive in the U.S. It is made in ridiculously small batches – no more than 50 cases at a time, only three or four times a year. It is, of course, exceedingly rare, and rather expensive. But hey, as the Pope says, you have to pay for your sins. 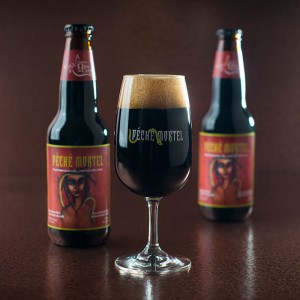