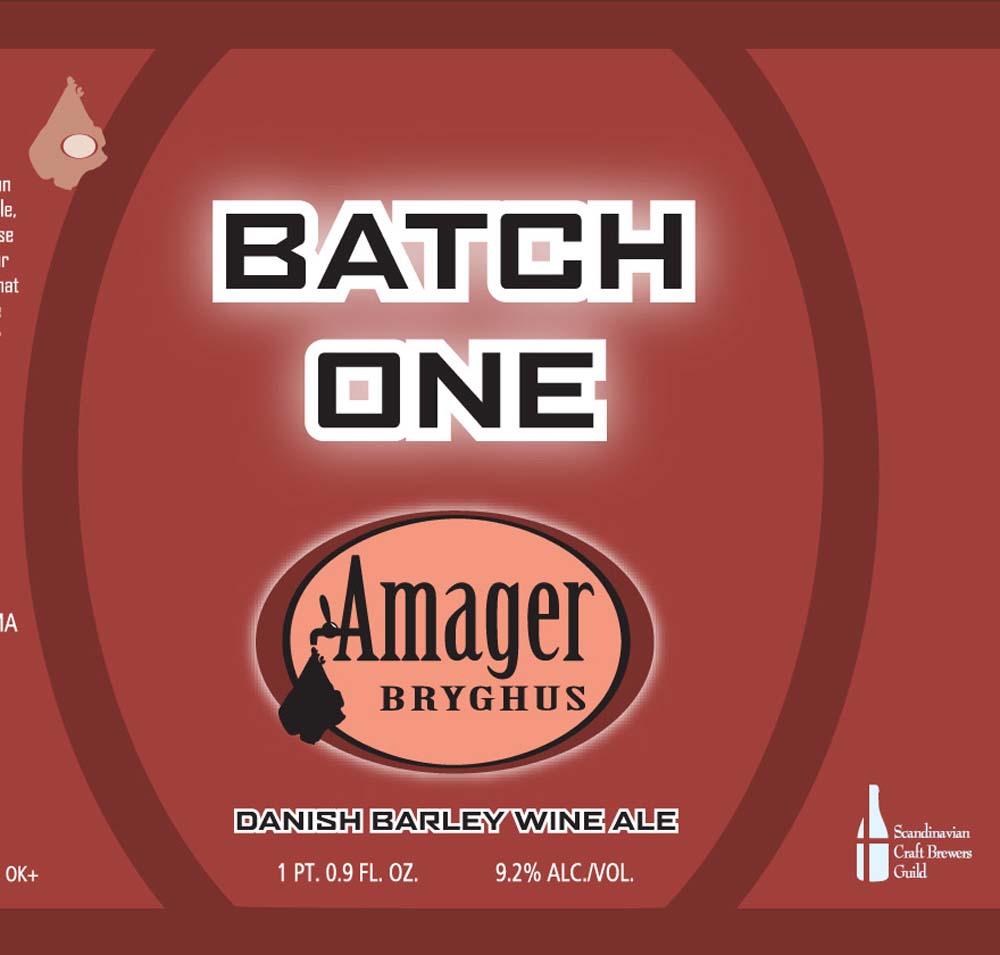 Although described by the brewery as an “American Strong Ale”, it is the subtlety of Batch One that stands out. Characterized by its generous body and strong hop aromas, the beer’s robust malt profile is masterfully combined with delicate, American aroma hops. The result is a well-balanced beer, rather than the over-hopped and sickeningly sweet beers that often represent this category.

Batch One has a russet, copper-like luster topped with a beige-colored foam. Simcoe hops give the beer its fresh, citrus-like character as well as a solid bitterness. This is rounded out by a sweet caramel malt. Amager Batch One is a potent beer, in both its warming alcohol and pronounced bitterness.