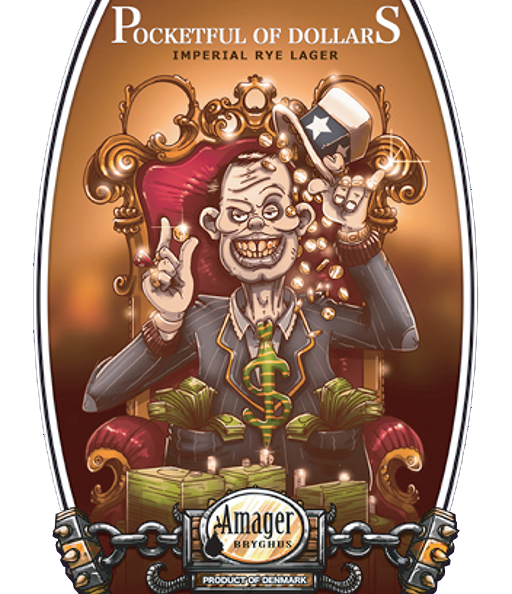 Amager/Against the Grain Pocketful of Dollars

“Although they were painfully humiliated when they came to brew with us a couple of years ago – an episode that would later be known as ‘The Great, Big Kentucky Sausage Fest’ – the friendly dudes of Against The Grain Brewery were kind enough to invite us in for a second round of brewing when Morten and Jacob of Amager Bryghus last visited the US. In spite of a house in mayhem – ATG was in the midst of constructing a new brewery AND some crazy Scotsmen from a company named Brewdog were running around making a lot of noise – big Sam Cruz and his cohorts were all their usual calm, kind and hospitable selves, as Southern folks are. We ended up brewing a somewhat unusual style, an Imperial Rye lager – rustic and robust – of course with a more than solid hopping. Once again a beer we believe is perfectly suited for sturdy and smoked meat dishes.”