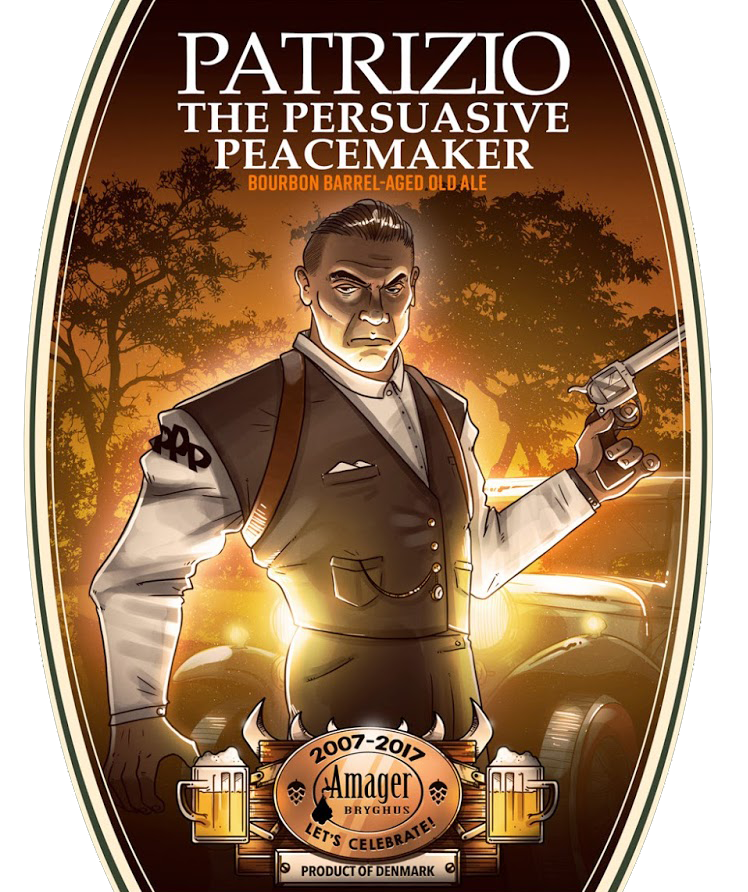 “As a boy growing up in small-town Saugatuck, Michigan, Patrizio Paccioretti always dreamt of bigger things and bigger places. Chicago – just across the lake – particularly occupied the boy’s mind. Local girls constantly suggested that he should invite them out for dances at the Big Pavilion, but girls meant nothing to him. His only real interest was intense target practice in the nearby dunes with the huge Colt Peacemaker he had inherited from his ex-cavalry grandad. And he ended up an excellent shot. This bullseye perfection and his Colt were about the only things he brought with him, when he finally moved to Chicago. Everybody took him for an Italian, but in reality his roots were Swiss. But the Italian name and his notoriety with a gun eventually landed him the job as the personal bodyguard for local top mobster Dario Daddano. The sight alone of Patrizio and his Peacemaker arriving in his grand Cadillac V8 would usually do the job – he was very much a man who came with a reputation. In reality however, Patrizio had never shot anything bigger than a rat; maybe it was his Swiss roots that made him want to keep it that way. Patrizio’s love for Doppio Malto brews made it an easy choice for him to accept the position as Head of Security, when his boss opened Daddano & Dadolnikov Brewing Co. in 1934. The first, the best and now also the safest craft brewery in Chicago.”