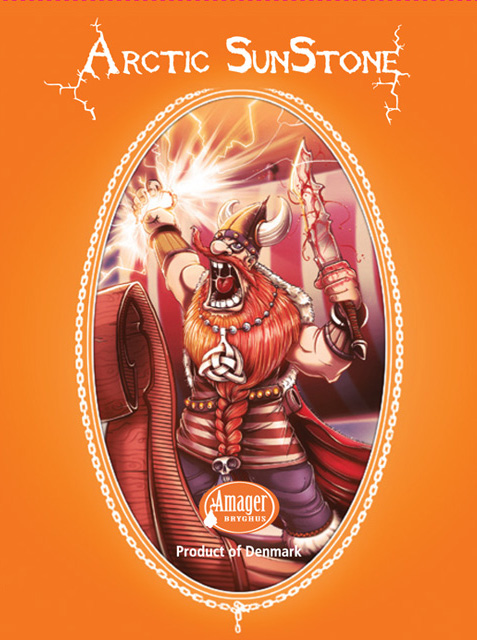 “The sunstone – much disputed among scholars. Did the Viking navigators really have such a tool that would help them point out what was east and what was west – even on a less than sunny day? We certainly believe so. Many years later no sunstone was needed when Amager Bryghus was invaded by what very much looked like Viking ancestors of American descent. Hailing from Munster, Indiana, Chris Boggess and Barnaby Struve of Three Floyds Brewing arrived not with a vengeance but with very loud King Diamond on their portable mp3 player. This was not a day for slaughter but for brewing. And brew we did. The mellow and dangerously quaffable Arctic SunStone is proof that even Viking warriors can have a more subtle side to them. All hail to Three Floyds.”