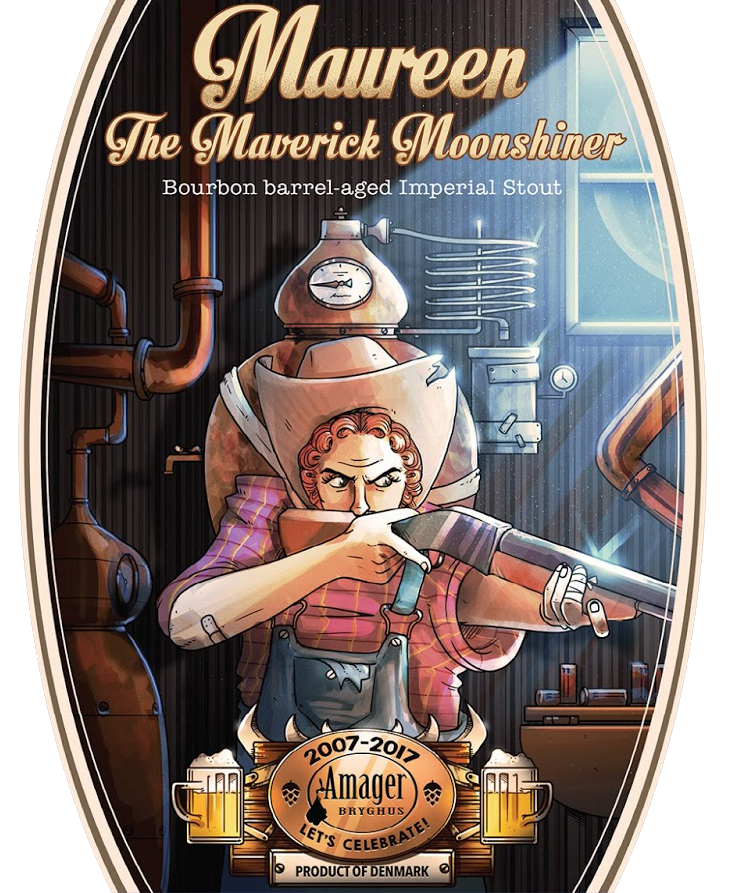 “If someone had predicted, during Maureen McAlister’s childhood in Pigeon Forge, Tennessee, that she would end up on the wrong side of the law, everyone would have laughed out loud. Maureen was a sweet and only child out of a mighty fine family of distillers. Maureen’s dad having specialized in a very popular Black Walnut Liquor – a drink much fancier and dearer than whiskey. However, when prohibition came in 1920 the McAlister distillery went bankrupt within 6 months. The shame was too much for Maureen’s parents who ended their penniless lives with the last two bullets they could afford. Maureen, now a young lady, fled her hometown, carrying her family liquor recipe book as her only luggage, determined to make a living from distilling and to carry on the family tradition. Maureen ended up in the woods of Dubois County, Indiana, much closer to the prominent Chicago market. Nicknamed the wettest county, homemade liquor flowed through Dubois just like the Patoka River. A recluse for more than ten years, some called Maureen a mad woman because she would always greet visitors with the barrel of her shotgun. However, there was nothing mad about her moonshine, and its reputation for impeccable quality would even reach the absolute top of the Chicago Outfit, Dario Daddano. When prohibition ended and Dario opened his craft brewery Daddano & Dadolnikov Brewing Company – now on the right side of the law – he sent a search team to Dubois County on a mission to bring Maureen McAlister in. That’s how a woman ended up as the barrel master of Chicago’s first craft brewery.”