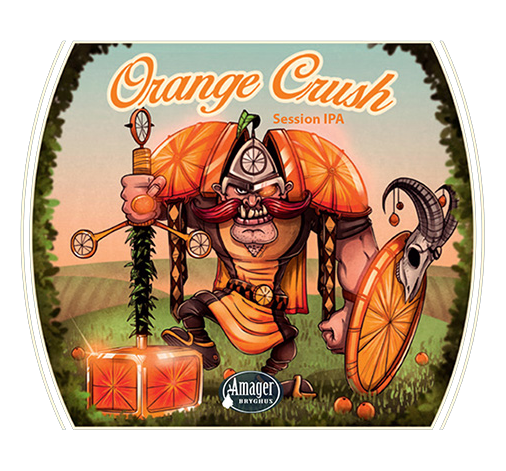 “To be totally honest, it wasn’t really part of our plans to brew a collaboration beer with Cigar City also this year. But we received a mail from head brewer Wayne Wambles saying: “Hey guys, I’m coming back for the Copenhagen Beer Celebration, why don’t we brew a beer?” And since Wayne is not only one of the nicest persons in the craft beer world but also one of the most innovative and skilled, it was an easy decision to make room in our schedule for another Cigar City collaboration. The beer of choice turned out to be “Orange Crush” a so called Session IPA – low in alcohol and potency, but high in drinkability. Heavily dry-hopped with the juiciest of American aroma hops: Citra, Mosaic and Simcoe and a solid dose of our secret ingredient, a super fragrant brand of American orange peel. Orange Crush is a bit of a quaffer – we’re almost certain, that you will like it. And Wayne….you’re welcome back anytime!”